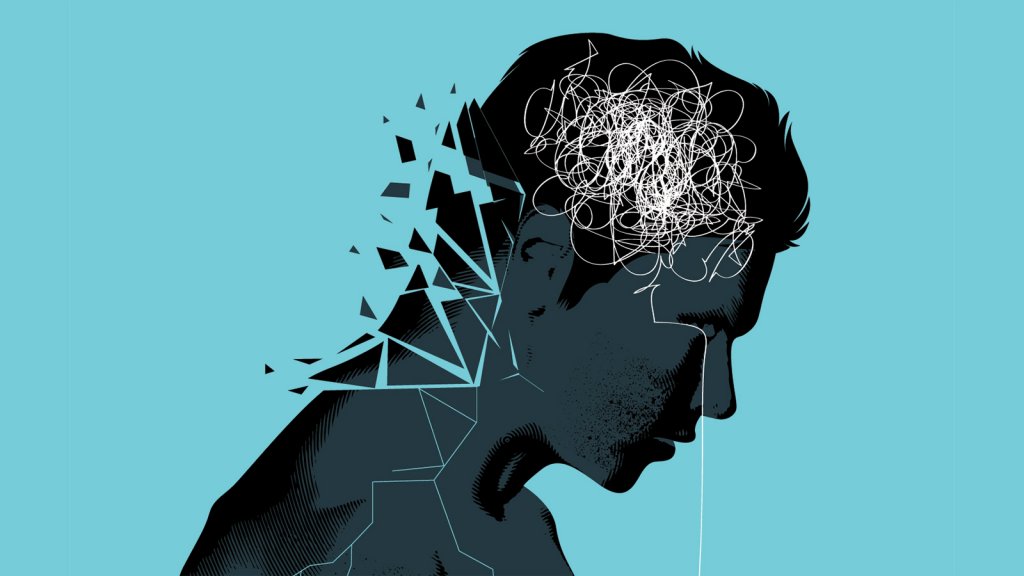 Physical symptoms of mental health. Last week I touched on how thoughts manifested and altered my way of thinking. This week I will talk about how those thoughts also included bringing on actual physical symptoms and pain throughout my body.

As my breathing problems continued, I would have all these thoughts running through my mind on what could be causing it. In the early days, I would put it down to a number of factors including diet. I will talk more about this in a separate post, and lack of exercise. As it continued and days became weeks and weeks became months, I started to overthink and analyse everything.

I was always finely tuned to my surroundings outside and would highly analyse every situation I would find myself in. The breathing issue I was experiencing turned my attention inwards. As someone who over thinks and analyses every little detail of things, this was not a good thing to start doing.

Causing pain to prove the brain right, what?

Firstly I started to press certain areas of my chest, checking for any abnormalities. Now I’m not saying if you are concerned you shouldn’t do this, but not to the excess I was doing it.

I would keep pressing and prodding, with no idea what I thought I was going to find, over 50 times a minute. Eventually I would be that sore from the prodding, which I never contributed it to the prodding, that I honed in on the areas that I had made sore.

I would continue to press these areas convinced that the sore was some kind of sign of why I was breathing the way I was.

We create our own misery if we’re not careful

In turn this heightened my senses and made the breathing worse as I was fuelling my fear of a physical illness. This routine continued for years, but also was just the start of the vicious physical side to my mental health illness.

Creating a fix to the problem I had caused

I had no idea what this sensation was at the time and just put it down to a blockage in my lungs. It became routine to poke and prod around my chest area and now I had introduced a new routine, stretching.

I would try and stretch until I heard a cracking in my chest, it would become an integral part of my routine. The over stretching would result in further pain in my chest, thus intensifying my thoughts that I had a physical illness.

As these months of doing this turned into years, I was becoming more and more physically drained. Which in turn enhanced my thoughts I had a physical illness. I started to look for answers online and put all the symptoms I was now experiencing into google and COPD caught my eye as it seemed like that’s what I was experiencing.

So with this new found knowledge I researched and researched this disease.

I read about all the physical symptoms on COPD and over time started to experience these. Like I previously touched on in previous posts, it’s amazing what you can convince your mind when you fully believe it. I began experiencing problems with my nose, were I thought it was full of mucus all the time.

So I began to blow and pick it excessively to the point it would bleed or would have specks of blood on the tissue when I checked that. Further enhancing my thoughts and making my condition worse.

I developed a habit of biting the skin on the end of my fingers (Dermatophagia) to the point were it was extremely painful to touch. I put this down to the worry and stress of the life I had convinced myself I was going to live.

My whole body was hurting now, from the physical things I was doing and the emotional thoughts I was manifesting. My fingertips became sore under my nails, I put this down to a lack of oxygen in my body, so the blood was not circulating right.

My legs became so sore I could hardly lift them and started walking with a shuffle, I was getting severe cramps in my calfs now.

I was that slumped over now at the top of my body, the bottom of my back became unbelievably painful, not to mention the pressure I was putting on my chest by not sitting upright.

These physical symptoms, all brought on by the manifestation of one symptom all those years ago, were so draining on my body.

The pain I felt over these years was awful. The worst part of it was not talking to anyone about it and keeping all this suffering inside. The moment I started to open up about what was happening, some of these physical symptoms just disappeared.

Unfortunately the mind is very powerful and once you have convinced it of something it is very hard to tell it otherwise. These symptoms and thoughts do continue to haunt me but I’m a little better equipped to deal with them now, I don’t give them time to develop and manifest into what they were.